Boston Scientific Neuromodulation was my first job wherein I worked on both Deep Brain Stimulation (DBS) and Spinal Cord Stimulation (SCS) on both the Clinician Programmer (device given to a Clinician to program implantable devices) and cutting edge efforts. Aside from fulfilling my testing and development roles to aid in the creation and updating of softwares used to interface with our implantables, I worked on efforts to provide alternative programming interfaces to these devices to aid real-world use cases and obtained patents with my group.
I also took on a mentoring role during the 2019 and 2020 internship summer cycles which lasted 3 months each (we did not receive any interns in 2021). I helped in the teaching and projects of one intern each year in projects which consisted of data aggregation across multiple sources along with resource allocation monitoring and visualization to create interfaces for different internal customers. These projects taught both the interns as well as myself much in terms of clear communication skills, team work, use of internal resources, and adaptability.
I completed a summer internship at ANSYS Inc. during the summer after Junior year. During the course of this internship, I assisted in implementation of both a Continuous Integration and a Branch Integration process. These tools helped detect problems in both the compilation and certification components of all of ANSYS Inc.'s products. In addition to these processes, I also developed automation scripts to help reduce the workload on his team in the areas of product build monitoring and certification. The automation algorithm attempted to pinpoint the sources of error caused by developer changes to resolve the need of having to manually analyze log files to achieve the same end.
I joined Dr. Partha Roy's research lab as a Sophomore. This research primarily concerned the role of Profilin-1 (Pfn1) and Profilin-2 (Pfn2) in triple negative breast cancer cells (MDA-MB-231 cell line). Of particular importance was the influence that various protein knockdowns had on downstream signaling, especially those of different suspected feedback mechanisms. Differences between early and late stage cancers were also drawn throughout the course of this research position. He later presented on his research in a research based course in his curriculum and presented at a venue open to students and professors.
My workstation 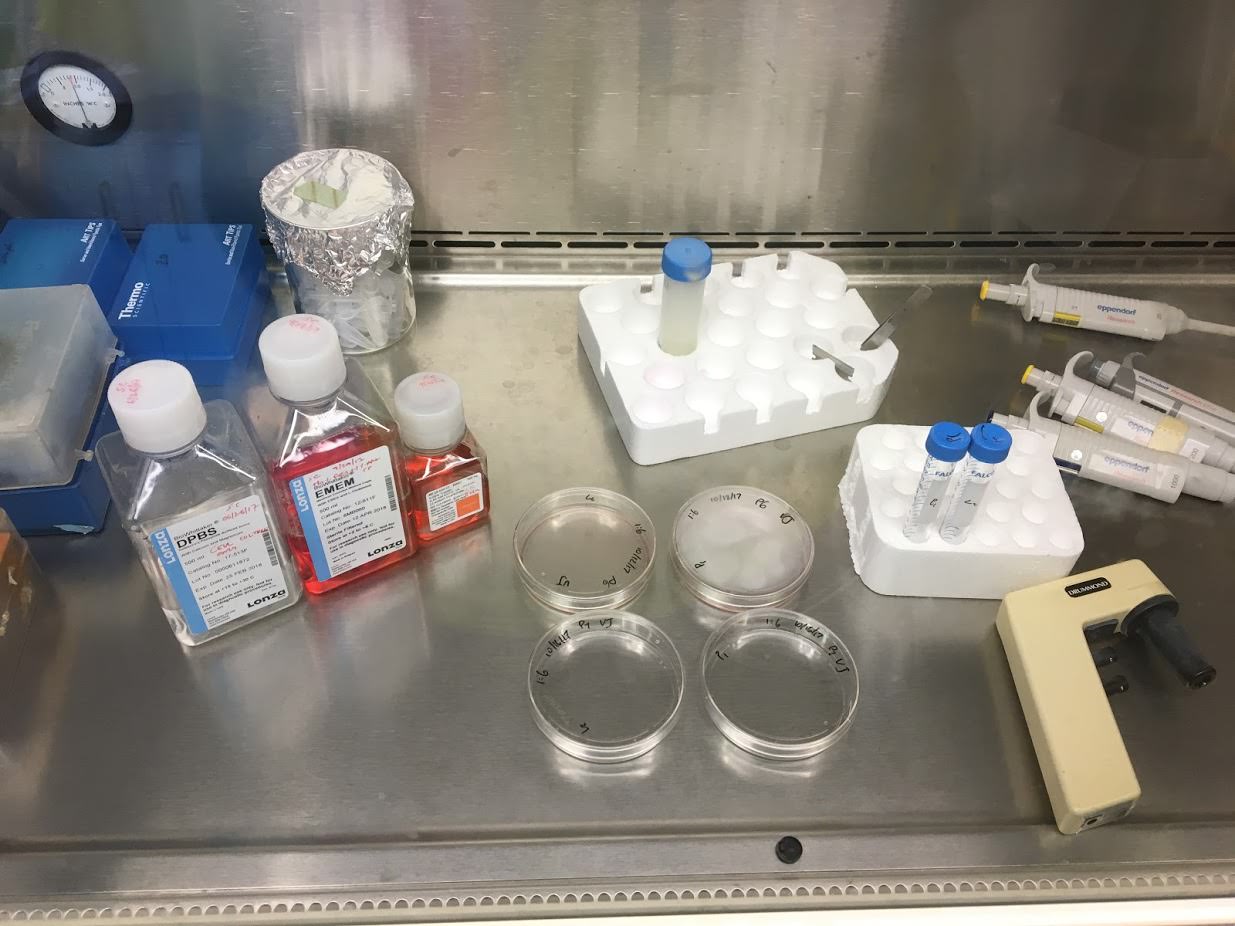