The classic college room lights given a touch of originality without paying exorbitant prices for commercial RGB LED bulbs. The LED strip was purchased online to line one side of the room, and also purchased were an adequate power supply and nMOS FETs. The heart of this project was a nodeMCU, an arduino-like board with built-in Wifi capabilities.

The premise of this project was a simple idea: Create a phone app which would be able to control the LEDs, both in color and also in lighting effects. The app was written for an Android phone, with an iOS version currently in development in Swift.

A look at the phone app 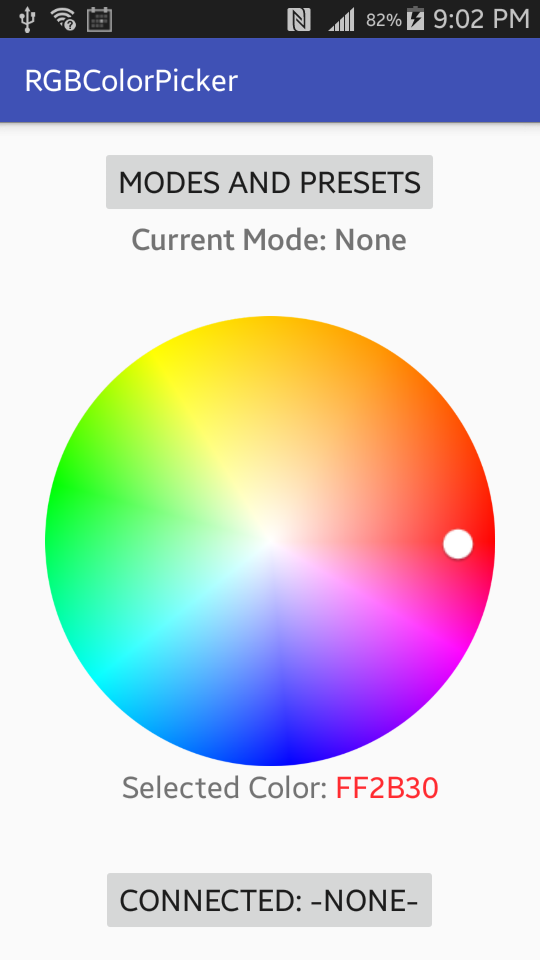 A look at the final result 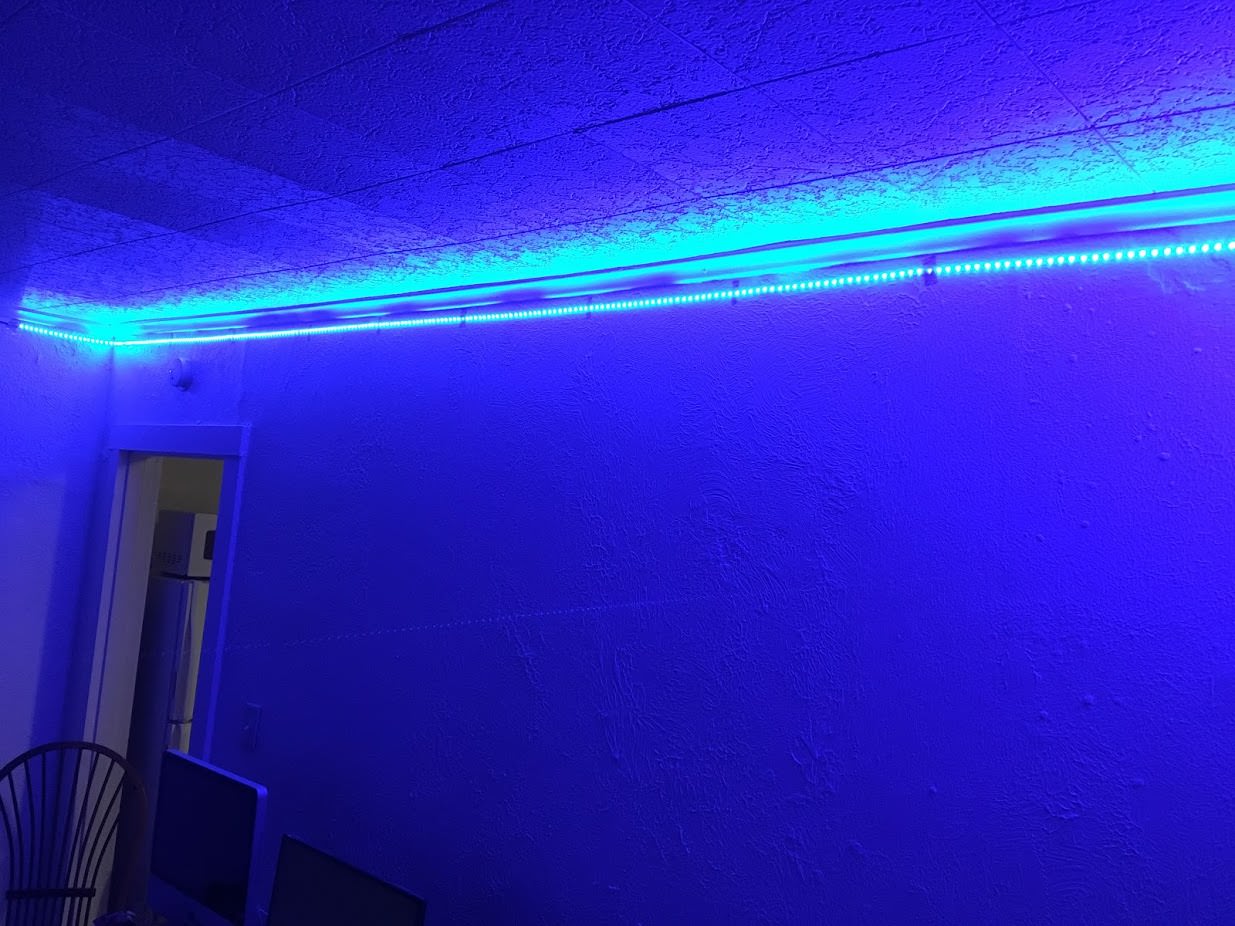